Development projects seeking international financing face the critical challenge of how to demonstrate that a project-level performance contributes to higher-level policy aims and commitments.

Project performance can be defined and measured as performance indicators that anticipate and account for project-induced direct, indirect, and cumulative changes. Each affected community should be taken into account, and pertinent information recorded about (i.e. structures of governance and societal organization, demographic measures of well-being, cultural identity, etc).

An early step is to ascertain the nature and form of potential social and economic changes that might result from project implementation—in terms of both positive and negative potential impacts—by taking account of the pre-project situation through ‘baseline’ studies.

Organization of the Repository

This repository proposes a methodology and implementation tools for conducting a baseline social and economic study.

The methodology is based on a ‘resource framework’ that looks for indicators long-term project induced changes to affected communities throughout the lifetime of this project, by acknowledging that household and community well-being is dependent upon a range of tangible and intangible resources. The methodology also employees rapid appraisal techniques for data collection.

This repository also examines how to craft socio-ecomomic baseline survey data collection forms that account for target international and national development indicators, and national and local census and survey data—and how to ensure that these are adapted to specific project contexts.

Examples social survey forms are available on the following topics:

To help mitigate the challenges of discussing issues in the abstract, the discussion takes as an example an imaginary development project situated on a remote island group in Indonesia, known administratively as Maluku Tenggara Barat (MTB) and Maluku Barat Daya (MBD) [and known informally as the Tanimbar Islands]. 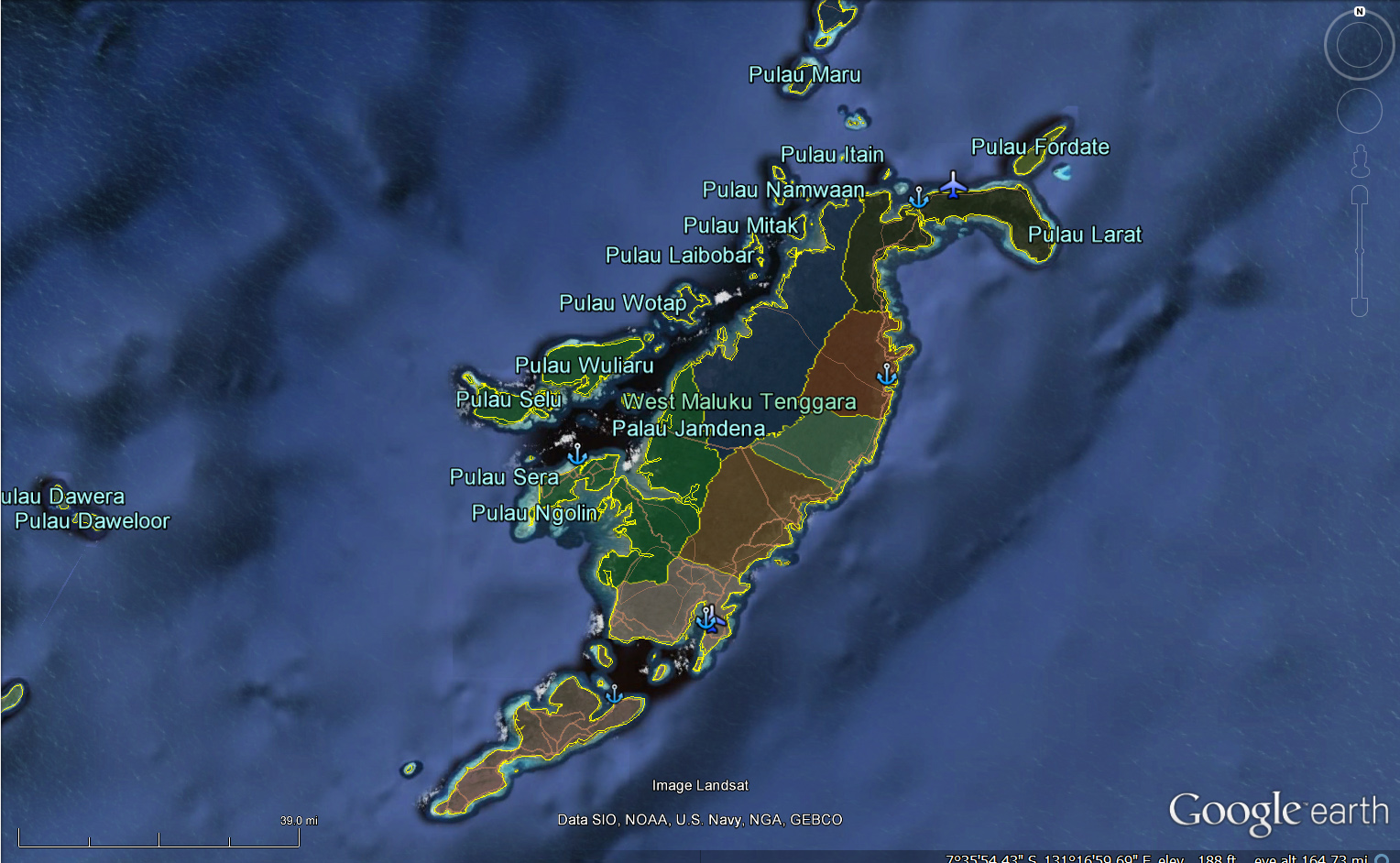 This analysis examines the scope of 'project area of social influence' to account for the potential of project-induced impacts also to northern village—gathering data especially that can help to evaluate potential impacts induced by speculative in-migration, as well as other indirect and cumulative impacts.

The following discussion of methods seeks to ensure that site selection and sampling are rationally determined according to proximate understandings of 'impact' and that the approach is cost-effective—leveraging secondary data sources such as census data, socio-economic and health surveys and by conducting primary research in the form of village and household level surveys, key informant interviews and focus group discussions.